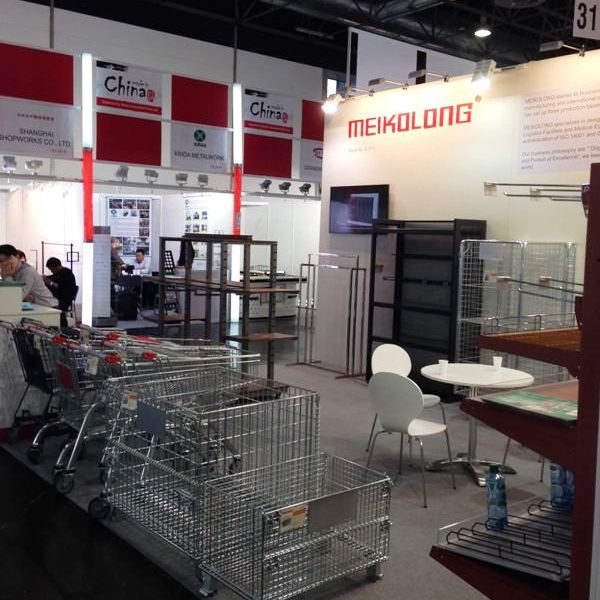 Our business is extremely changing and developing. A clear evidence of that was this year´s retail trade fair Euroshop 2014. Several members of our DAGO team have visited it traditionally and so we can share our impressions of it with you at least by this way. We could traditionally see halls with exhibition stands from all over the world filled with many innovations, meaningful ideas and their applications. We have recorded the biggest dynamics in European and American market, nevertheless, the positive energy and hope that things move in a meaningful way was sparkling from all exhibitors and visitors. And it was clear that design, simplification, interactivity and digitization have already penetrated into all segments.

Asia has lagged behind this year

The current evolution of retailing and related business presently moves mainly the European and American market. Although there were many Asians, mainly from Chine, at Euroshop, and their expositions rather lagged in terms of innovations. Not only as to their design, but surprisingly also in technologies. Asian markets have presented rather cheaper things without any style and in a questionable quality, which sporadically resembled mere exposure of technical aids without any atmosphere. That was why the universally looking Asian stands, only with few exceptions, were empty. The question is, whether the reason is insufficient marker development for the time being, which however forced European and American exhibitors to adapt to the general acceleration, or Asians simply decided not to follow European-American trends responding to the actual potential in these countries. Low price without any meaningful value is not enough today.

What interested us the most at this year´s Euroshop?

Definitely the global return to natural materials: wood and its imitations, natural cardboards, textiles. There were often seen wicker baskets and crates for vegetables or bakery products. There was also apparent an effort to keep people in their permanent stores, offer them a pleasant atmosphere of sales environment and experience from shopping. Just an effort to clearly distinguish themselves from on-line shopping. Many times, there was mentioned the mood marketing topic, the active influence on the mood of customers in an effort to influence their behaviour. And with help of means of flexible and effective changes of sales environment, such as magnetic wallpapers and decorations for sales equipment or modular floor systems with the capability to change their appearance rapidly in connection with a seasonal theme or a style of new collections.

Generally there was evident a bigger role of design. Things that were just practical in the past are now also beautiful. Also lightening, as an aesthetic discipline and the tool for creating the atmosphere got its own space (one whole hall).

There was also evident a significant improvement and reduction of prices for digital screens, which were not just a viewer of some content any more, but rather an active element and interactive system allowing a connection outside the place of sales or offering an individualized in-store communication. It is interesting that European and American firms have dominated also in this segment.

A great example of an interactive and targeted P.O.P. advertising was a unique P.O.P. display with a camera capable to determine gender, age category and mood of customers using the face tracking technology. On the basis of these data, the display selected and played an individualized communication on LCD screens for the identified type of a customer. The implementer of such display also gets a statistical information of his shoppers around the display by an effective way. This display was also unique and clever shelf system that can alert the operator to refill it with goods. And what is his influence on sales? Allegedly, it can increase them by 50 to 100 %.

The ubiquitous digital technologies and comeback of QR codes

Digital technologies were generally discussed topic throughout the conference. At the same time there was a shift from passive viewing of content towards greater interactivity, connectivity and relevance or support of the two-way communication. During talks of the conference forum POPAI DACH, there dominated mainly crosschannel, omnichannel and multichannel in the spirit of connecting the search, shop and share elements. We were also impressed by a significant comeback of QR codes. At the conference, these were used largely instead of giving business cards (exhibitors were scanning QR codes on fair tag), instead of catalogue, customers often received QR code with a link to electronic version or website. For many exhibited projects, QR codes were used for immediate raise of
awareness about a given product or service.

At the same time, there was seen a decline of traditional producers of P.O.P. means in favour of providers of comprehensive integrated solutions and niche specialists.

Sci-fi becomes a reality, we just have to learn a new terminology

For the first time, a large space exceeding one big pavilion was devoted to advanced shopper centric solutions and services, loyalty systems, individual marketing, data analysis and business intelligence. Where big global players, such as IBM, Microsoft or Motorola, dominated in combination with smaller innovative companies. These were almost exclusively from Europe or USA.

What we would previously consider to be a sci-fi, we have seen at the trade fair as a common reality. We even heard new terms. For example “Phygital objects” that means interactively communicating P.O.P. media connecting physical and digital world in real time. Or “outernet” that means using internet anytime and anywhere – on the street, in public transport or when
shopping.

We also remember the term “datafication” that means an analysis of large and small data used to simplify lives of customers – it should help them with decision making, saves their time and can offer them to buy goods before they realize themselves that they will need them. It is said that this is the only way to be “hyperrelevant”. Nowadays, it is not sufficient to be just relevant, anything unnecessary and unrelated will be overlooked in the tangle of excess.

If we think about all this, it is obvious that the boom of new technologies and retail approaches would just come to the Czech Republic. We can hear about these topics, but they are not almost put into practice. But Euroshop 2014 proved that when properly implemented the theory can perfectly take up and work in the practice.