The crisis helps us to transform

The crisis helps us to transform 09.2020It seems that the subject matter of the current crisis will not leave us soon. We hear about it from all sides, and instead of focusing mainly on work, we constantly think about what will happen. In Dago, we decided to approach...

Parrot and hologram! JOJO presents itself with colourful displays

These days, JOJO confectionery hardly escapes the attention of most shoppers. For its promotion, we have produced two types of pallet displays you could currently see in selected stores. The first one presents the brand using a hologram; the second one has a plush parrot that lures shoppers. 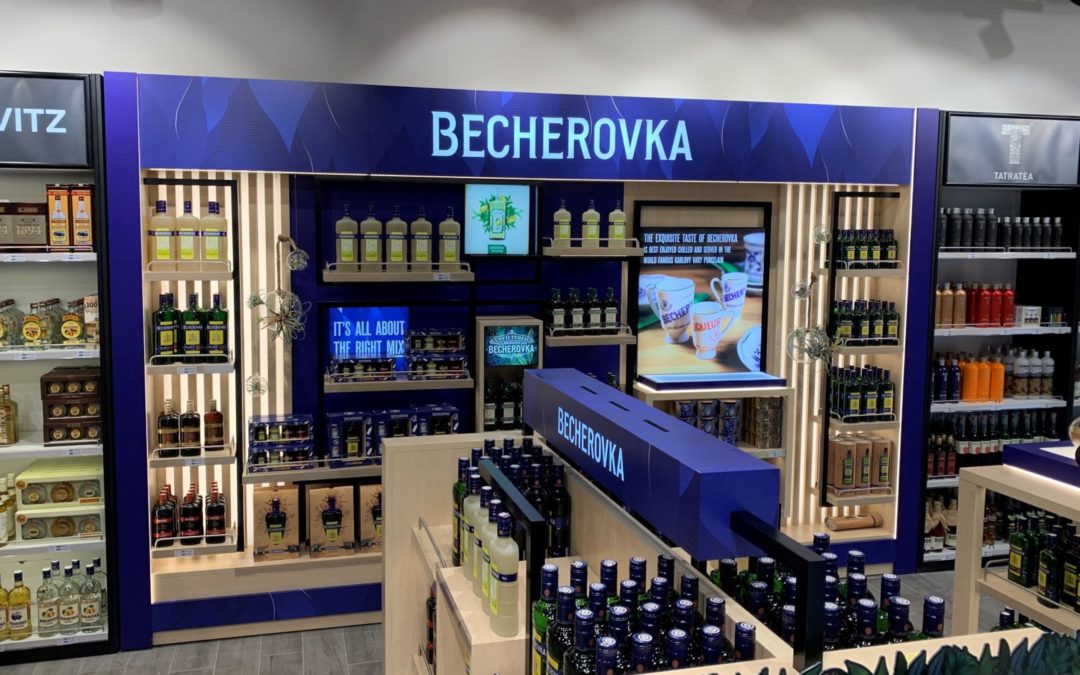 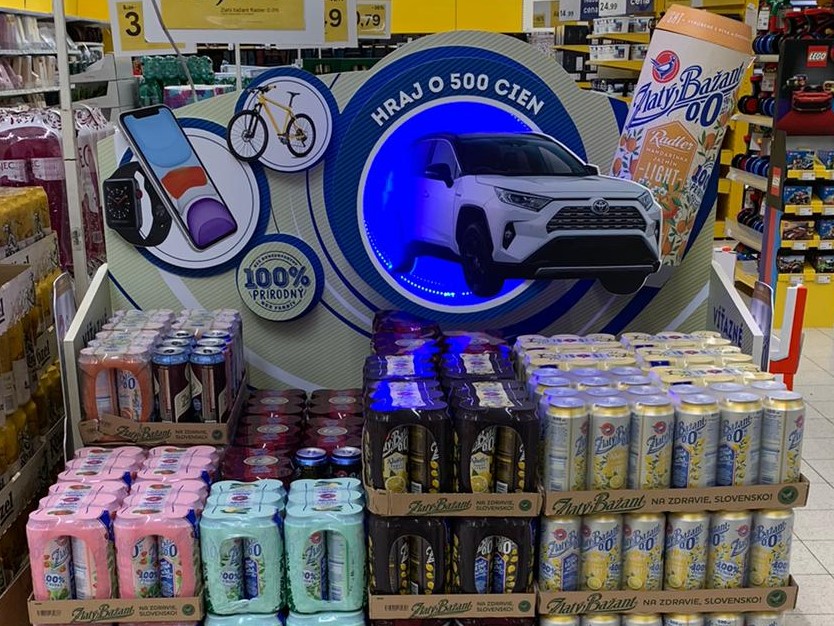 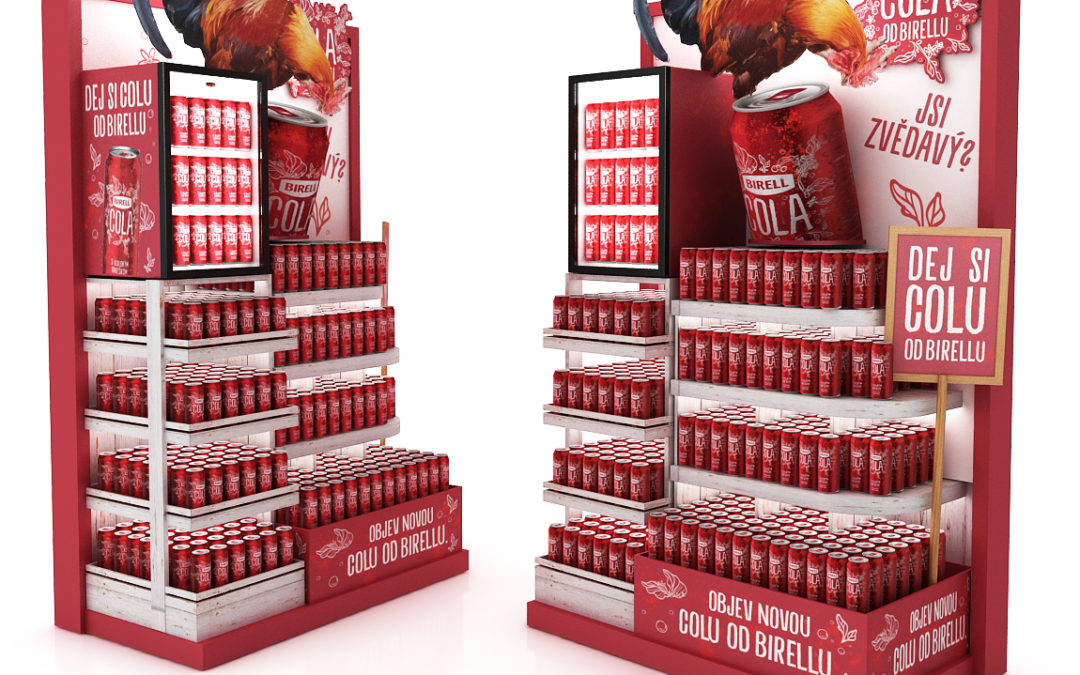 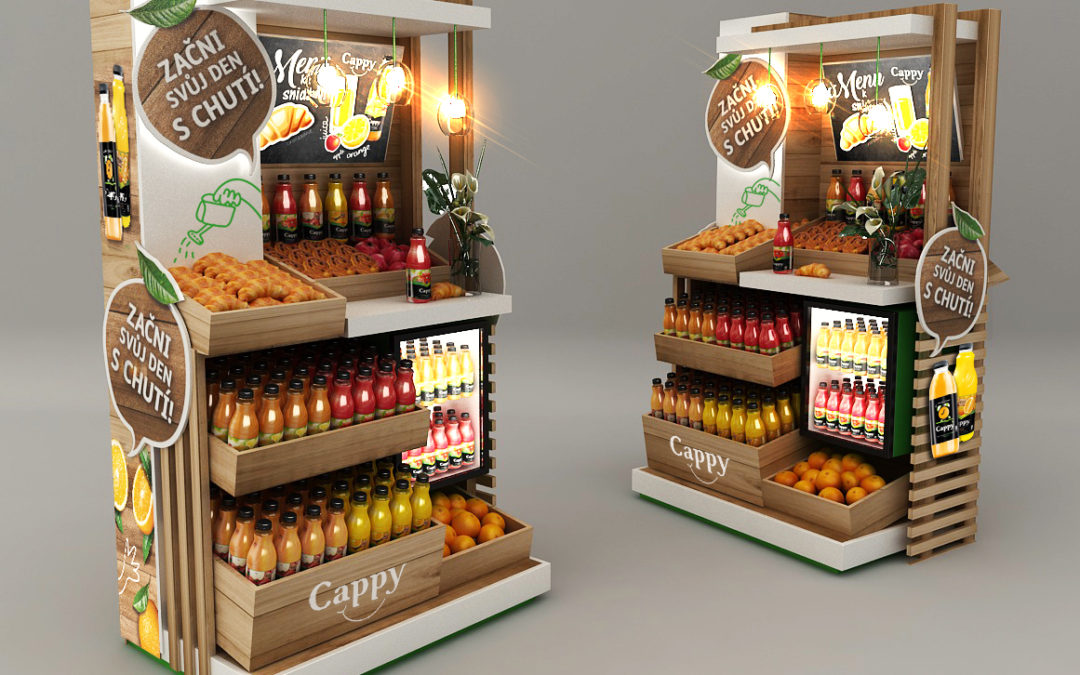 We produce an adapter “Nakliku”. It minimizes virus transmission

Door handles are a place where large number of bacteria and harmful substances cumulate. So it is important for people to touch these places as little as possible. In cooperation with Tomas Bata University in Zlin, we have developed a special plastic adapter, thanks to which you can open doors with handles by your forearm. Due to the principle of its use, this invention is called “Nakliku”. 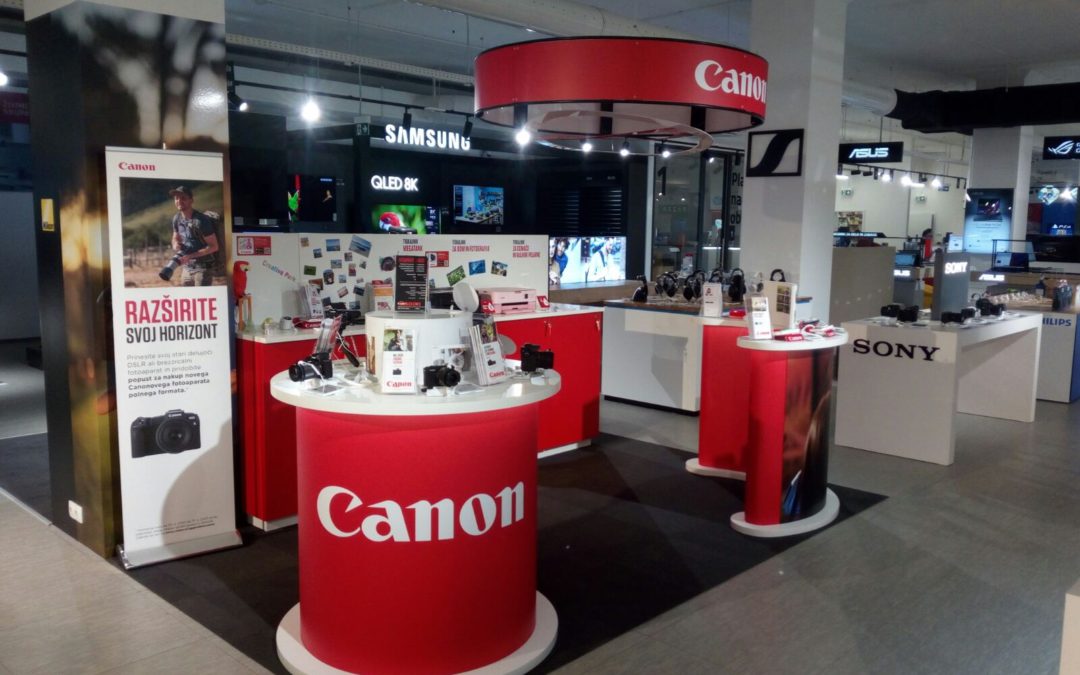 The Canon camera manufacturer sells its products in the Czech Republic as well as in more than two hundred other countries. It operates also in Slovenia looking for a way how to introduce its portfolio of printers and cameras to the public. Therefore, it has implemented a design promo-stall to support the displayed goods directly at the point of sale.

With Big Shock! to Dakar Rally

A competition for a ride in the truck, which participates in the world-famous Dakar Rally, is here! The Limited Edition of the Big Shock! energy drink, for which we have designed an end cap and a pallet island display, refers to this competition.

Two best realizations in POP STAR 2019 competition were ours

We regularly participate with our projects in the competition of the Místoprodeje.cz portal for the best in-store realization of the month and we are being successful in it. That is why we are pleased that we have succeeded within the overall assessment for 2019, as our displays won the first and the second positions in the POP STAR competition.

Customers can find the popular Irish whiskey Tullamore D.E.W. in new bars now. However, we are not talking about a bar in terms of a pub, we are talking about a pallet display we produced and placed into Czech and Slovak retail chains. The distributor of this whiskey, Mast-Jaegermeister, has presented a redesigned visual identity to attract a younger target audience.

Fans of the popular Jägermeister alcoholic beverage could compete for 210 Xboxes and virtual reality since October. Our palette island with a hologram as its key element has raised awareness of this event.

The Jägermeister display as the absolute winner at POPAI Awards 2019

We already know winners of this year´s POPAI Awards, which awards the best in-store communication projects. Altogether we won 13 awards. The Jägermeister display with a hologram became the absolute winner. 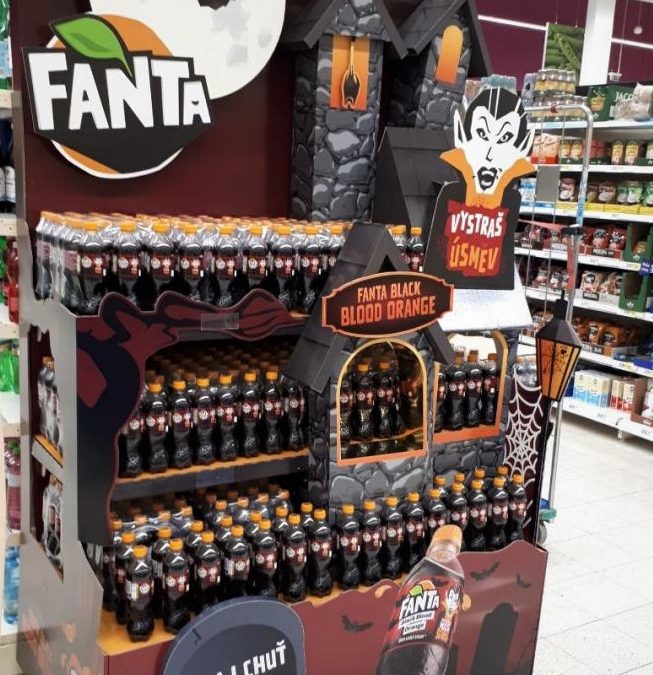 Halloween becomes more and more popular in the Czech Republic. Coca-Cola has introduced a limited edition of Fanta Black Blood Orange with a blood orange flavor that combines Halloween playfulness and craziness. We produced a distinctive scary display for this product. 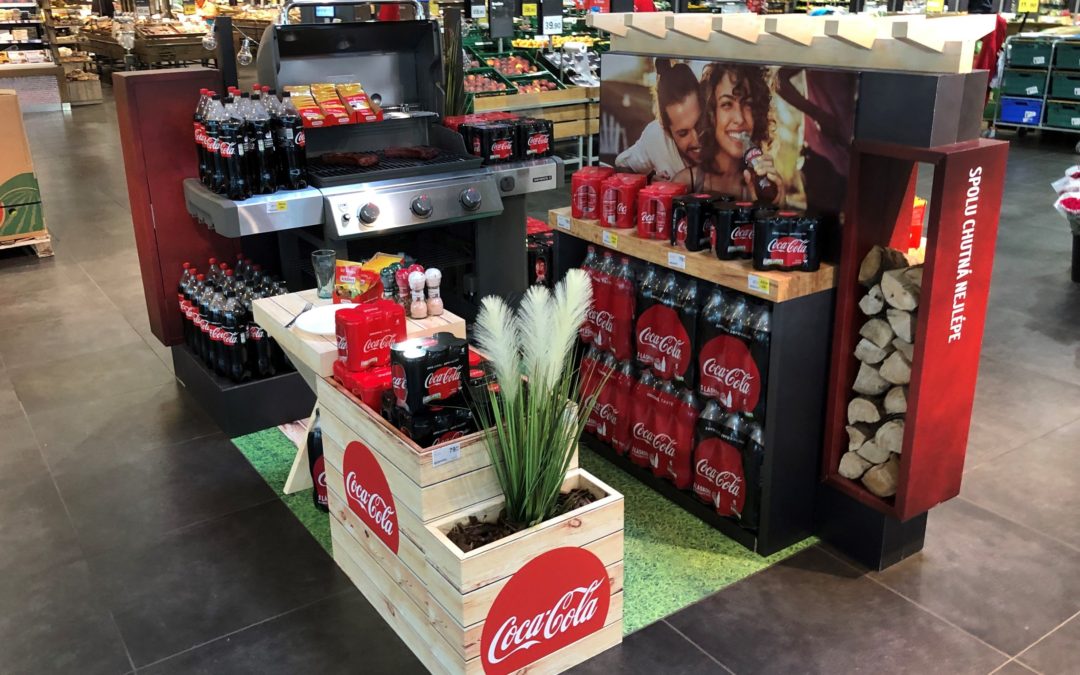 The summer relaxed atmosphere should certainly include barbecuing and refreshing beverages cannot be missing. That is how we could sum up the main idea of the campaign “Barbecuing with Coca-Cola”, for which we produced a shop-in-shop with a table and a garden grill. 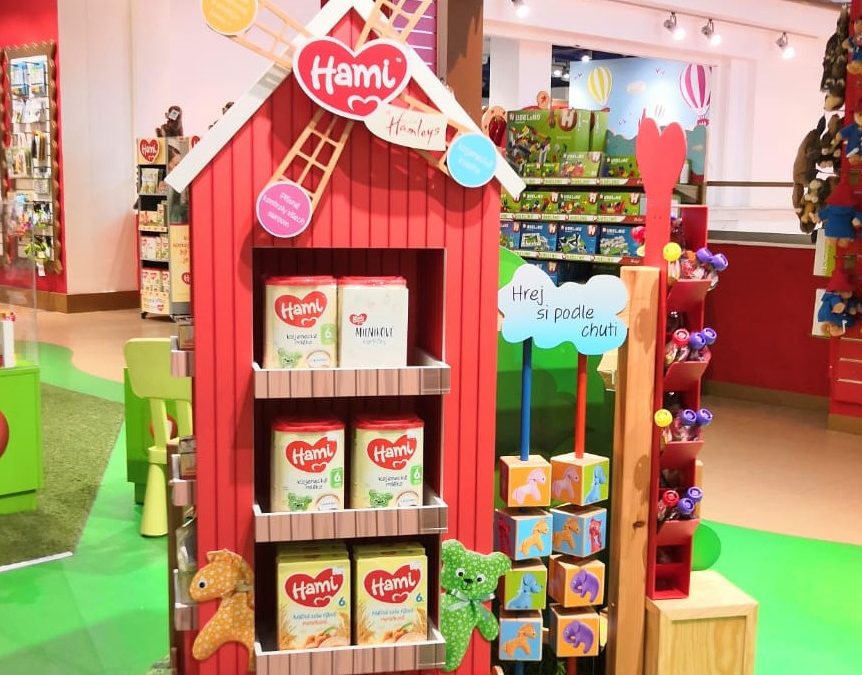 Baby food Hami is being sold in Hamleys by the windmill

In Hamleys, the Prague toy store, an entertaining world Hamíkov, where parents can spend their leisure time with their children, was built in cooperation with the company Nutricia. We have created an interactive display for it with the offer of Hami baby food.

The animated car model dominated in Tesco and Globus stores

The producer of confectionery, chewing-gums and pet food Mars recently introduced a campaign for Orbit and Airwaves chewing-gums called “Arrive fresh in a new car!”. Our one-palette display informed of the contest and attracted attention in Tesco and Globus stores especially thanks to a car model with interactive elements. 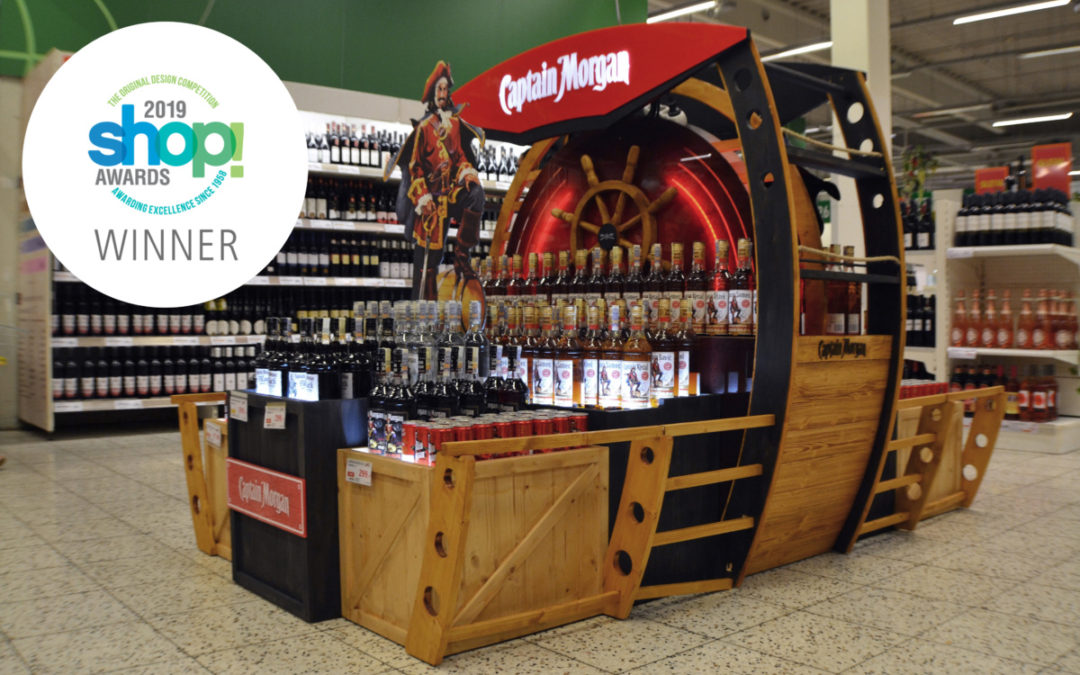 The famous Captain Morgana sailing ship we made for the company Stock Plzeň-Božkov, won an award of the international association Shop! at the Global Awards competition. From the final ceremonial, which took place in Chicago, USA, we brought home an award for the best marketing in-store project in the strong category of alcoholic and tobacco products.