European POPAI Awards Paris – we have completed our victorious campaign 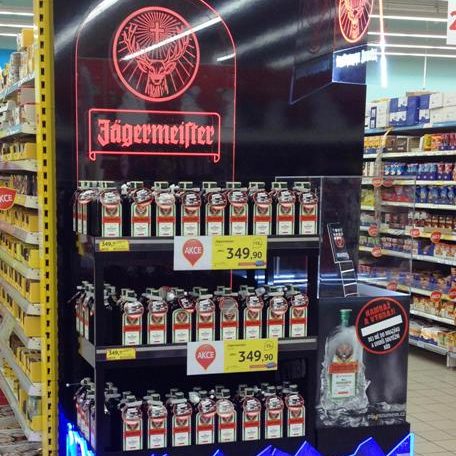 Prague, Paris, June 19th – POPAI Awards Paris has its winners, only two awards go to Czech, both for our company, one of which gained together with Mondelez and the second one with Rémy Cointreu Czech Republic. The POPAI AWARDS Paris competition exists since 1962. There were 290 projects that entered for this year´s competition. Our first award is the gold in the category for the interactive Milka end cap. Together with Mondelez we already won two awards for it within a local and global competition. The second award is the silver also for an end cap, this time for the Jägermeister brand, which we have realized for Rémy Cointreau Czech Republic. Both awards are from the category Events.

Besides the actual gold position in the category “Events – others”, the application for the Milka brand already won two previous awards of POPAI Awards, one in the national round and the other in Las Vegas at Global Awards. The design of the end cap with the Milka cow plush head inviting to caress it also using a sound effect apparently had success with jurors. “I consider this realization with Mondelez to be really successful and I am glad that it creates a good name for the Milka brand and our company as well as to the Czech in-store communication branch abroad. It is a proof that the focus on customers and involving more senses are paying off,” says Martin Vorel from the company DAGO.

The lighting end cap Jägermeister for Rémy Cointreau Czech Republic won the silver award in the same category in Paris. Lighting LED elements dominate its design. Emphasis was placed on a lighted plexiglass evoking icing at the bottom and clear lighted lines of a two-meter bottle. The overall impression is completed with a freezer with bottles inserted into it from above and so it is possible to serve cooled drinks directly in a store during promotions. The display is completely lightened and it is possible to change colours thanks to RGB LED technology taking into account possible brand changes.

We thank to the jury for the awards and to our clients for the opportunity to realize these projects together. And let´s do some more projects.