Victory at POPAI Awards Paris for three of our projects 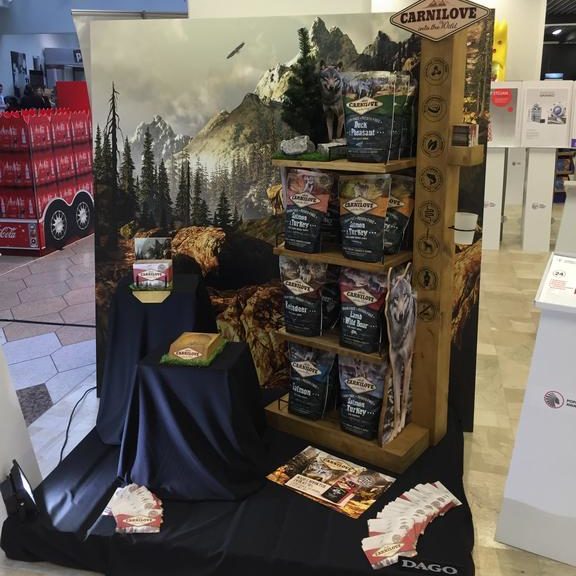 Paris, Prague 16th June 2016 – From this year´s prestigious European contest POPAI Awards Paris, three awards go to the Czech Republic, all of them for projects realized by our company. From France, we will bring one gold, one silver and one bronze award.

The highest award, the gold one, we won in the category Food – Floor Display with a display realized for the producer of superpremium dog food Carnilove accepting return to nature and wildness.

We won the silver position in the segment Food – Shelf Decoration for the JOJO candies end cap – an attractive and interactive design with attractive colour vortex controlled by motion sensors. We achieved this effect using a tube and smooth colour-changing using a uniquely programmed system of LEDs.

The bronze position in the category Event went to a boat of Captain Morgan awarded at the last year´s POPAI CE AWARDS already, when it won several awards, including the award for the total winner of the contest. It is a project with the emphasis on the most impressive presentation of the brand. It is focusing on an original design, high-quality materials and also design details and functionality.

You can see all the categories, including their winners, here.

396 projects from all over Europe registered for the contest being held since the 1962. Winning the three awards this year, we build on the success of the last year, when we won two awards in Paris, one gold and one silver position.