DAGO HAS FOCUSED ON CARDBOARD, BUILDING-UP A NEW HALL IS BEING PREPARED

Last year, we recorded a 40% increase in turnover in cardboard projects.

Tullamore D.E.W. Honey was launched into the market last autumn. 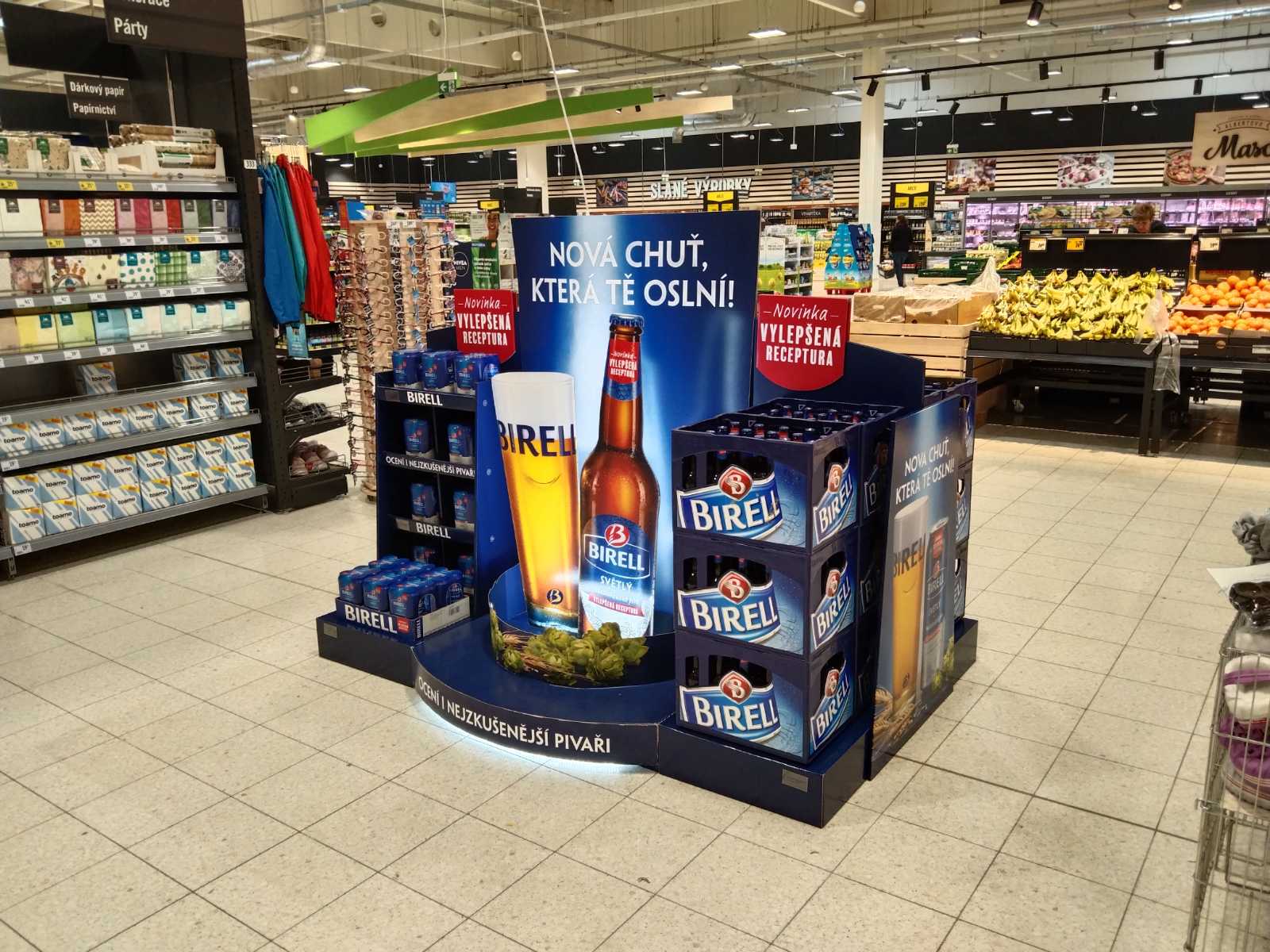 The display drew attention to the new recipe and the great taste of beer, which will dazzle even experienced brewers. To present the new recipe, Birell Světlý used a total of 390 cardboard displays, 31 cardboard single-pallet displays, and 10 shop-in-shops across the Czech Republic.

“The display created especially for the communication of Birell Světlý is exceptional for us because it is the best-selling non-alcoholic beer in the Czech Republic. Birell Světlý has been on the market for 30 years and this year we brought its new, improved recipe, which we decided to promote as part of a comprehensive 360° campaign,” explains Markéta Havlíčková, the Activation Team Leader from Plzeňský Prazdroj, and she adds: “Cooperation with the Dago agency on this project was perfect. Despite the time complications, the agency was always able to react flexibly and quickly and to meet our needs.”

The connecting element of all displays was a dewy bottle of Birell Světlý and a beer glass with a logo in dark blue, which dominated the entire display. The graphic composition was complemented by pictures of barley and hops evoking the great drinkability and excellent taste of this non-alcoholic beer. Feedback from customers is positive, they appreciate the fact that POS materials are in-store strong and very visible. “The best-selling Czech beer has even better taste and we intended to get this information to every shopper who comes to the store,”  says Markéta Havlíčková.

Refreshment at your fingertips

At the selected shop-in-shops in Albert stores, customers could notice glassed-in refrigerators with chilled Birell cans, which stylishly complemented the display and offered a quick way to slake your thirst. The point-of-sale is made of a combination of cardboard, co-plastic, and Dibond and is dominated by a backlit podium with a lighted bottle and a glass of non-alcoholic beer Birell Světlý.

Durable cardboard was used for the production of single-pallet displays, which has become a major trend in the field of POS materials in recent months. The cardboard base was suitably supplemented with plastic components, eye-catching lighting, and real elements, which in this case were presented by beer crates.

Shop in shop with fridge and illuminated stage

The campaign took place across the Czech Republic 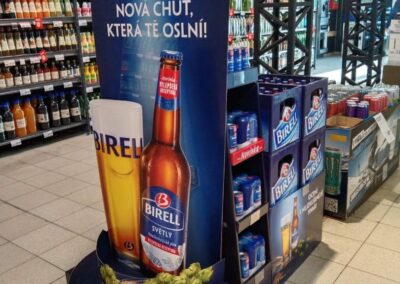 Even experienced brewers will appreciate the new taste