This year we can again enjoy our success at the POPAI Awards competition, where we succeeded with five realizations. The display with the Oral B toothbrush was selected as an excellent realization.

A new pallet island for Coca-Cola HBC should acquaint shoppers with Natura bottled water and point out rebranding. It fits into a broad campaign with a similar goal. It shows the purity of the water from Adršpach with the help of water bubbling between rocks and real, live conifer in the middle.

The crisis helps us to transform

It seems that the subject matter of the current crisis will not leave us soon. We hear about it from all sides, and instead of focusing mainly on work, we constantly think about what will happen. In Dago, we decided to approach this crisis positively and proactively....

Parrot and hologram! JOJO presents itself with colourful displays

These days, JOJO confectionery hardly escapes the attention of most shoppers. For its promotion, we have produced two types of pallet displays you could currently see in selected stores. The first one presents the brand using a hologram; the second one has a plush parrot that lures shoppers.

New job orders require new and larger premises – that is why in April we opened a new assembly hall, which is located just a short distance from our Headquarters in Zdice. You can find it in nearby Bavoryně. What will the hall be used for?

In response to the needs of today’s retail market, we decided to invest in new machines last year. The demand for cardboard projects, with which we can easily work creatively, has increased significantly, the quality of its printing has increased and, thanks to modern technologies, its service life has extended to one year. Most POS campaigns in stores are being created quickly and have rather a short-term character.  As the number of job orders continues to grow, we were forced to respond. Within two weeks, we found new premises that are used exclusively to complete and finalize our job orders. Above all, we needed to make some room for other printing machines and plotters that are currently being installed in the existing production facilities.

We have also doubled the number of employees – including eight women from Ukraine who have found themselves in the Czech Republic as a result of the war in their country. The new hall with an area of over 400 m2 is equipped with state-of-the-art assembly and packaging tools, which will allow us to do our job even better and faster.

Thanks to innovations and a great DAGO team, we now realize our projects in a record time of 1 to 3 weeks from accepting an order.

Thank all our colleagues!

The assembly hall was opened in April

We complete orders in record time

The new assembly hall is located in Bavoryně 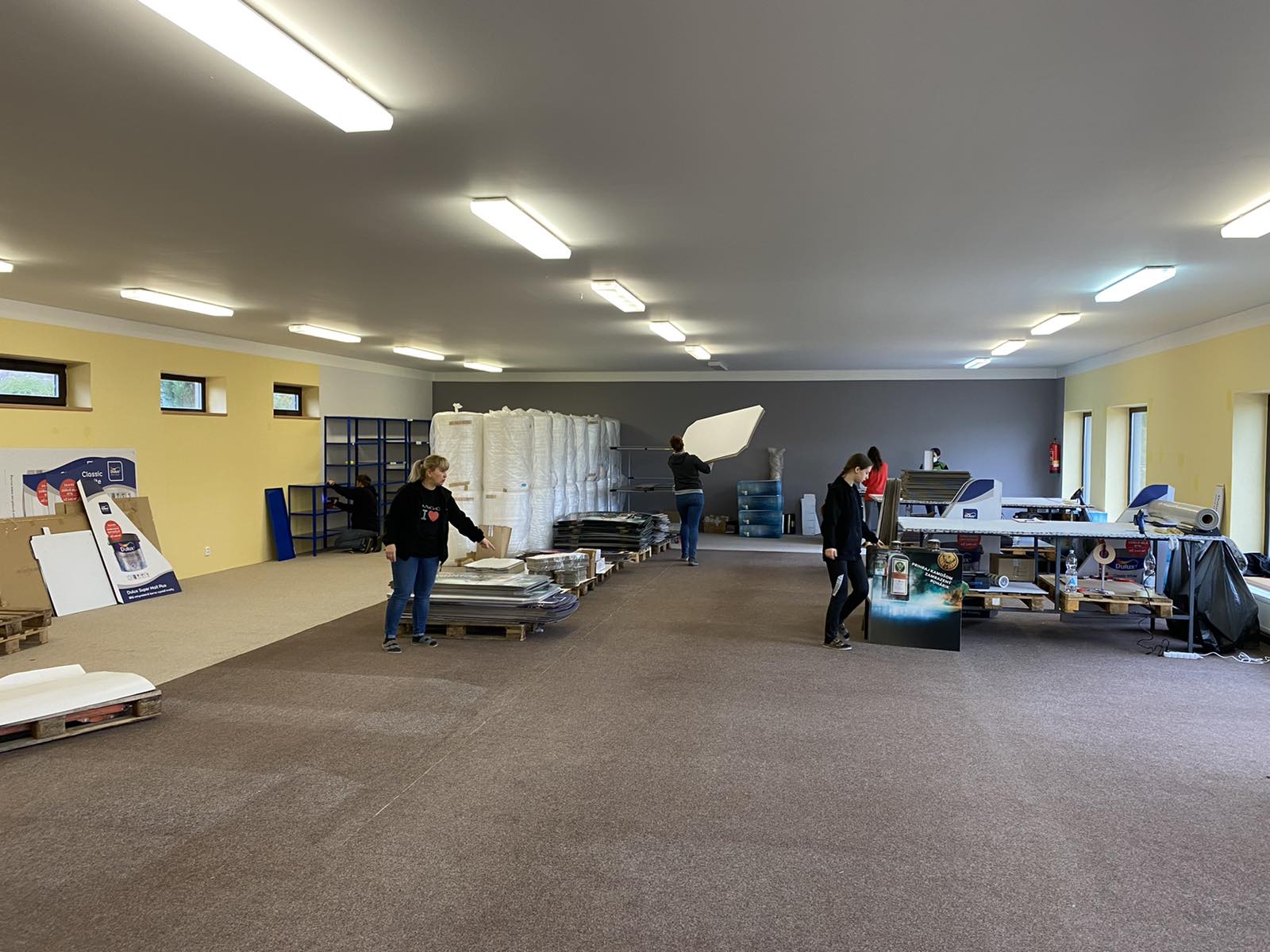